They say it’s good luck if it rains on your wedding day and if this is true then my cousin Jeff and my new cousin Courtney are just plain blessed.  Last weekend Jeff and Courtney got married in Santa Barbara and boy did it rain.  Luckily, it was clear at exactly the right times of the day for photos.  You are probably wondering why I mentioned that, well, it’s because I was their photographer!  I beat the rain to the boy’s house and got some awesome photos on the rooftop and while I was with the girls, the rain came and went at just the right time for some outdoor photos.  The ceremony was so beautiful, the bride and groom looked like they belonged in a magazine, and the reception went off without a hitch!  The dance floor was full all night and the photos of everyone dancing are just hilarious.  It was such a great day for everyone involved but one of my favorite things was that I got to share a dance with the groom, whom I’ve known my entire life.  We grew up together, we even had our own words when we were little, and there I was dancing with him on his wedding day.  Of course, my second shooter documented me and Jeff dancing like FOOLS and even though we look slightly, totally ridiculous, that is not going to stop me from sharing with you.  Here is a sneak peak of the beautiful couple and a really goofy pic of my epic dancing skills.  Enjoy! 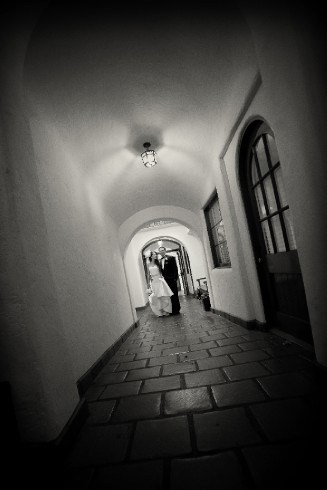 Well, here we go, my first blog post….I guess I should start by introducing myself.  My name is Ashley, I am 24 years old and I am a professional photographer in Bakersfield, California and a self-proclaimed Disney freak.  I primarily photograph weddings but I also specialize in portraiture, fine art, fashion, and under water photography.  I have lived in Bakersfield for the majority of my life; this is where I grew up and went to school. (Go Rams!)  I left town for college and though it was great to be able to see what life was like in other parts of California, I just love home better, so here I am!

Last week(ish) I went to Las Vegas for the WPPI (Wedding and Portrait Photographers International) convention with some friends and let me say, it was quite a week!  I got up at 4am to drive to Vegas on Sunday morning and JUST made it to the MGM in time to park my car and run, not walk, run to my first class!  Steph and I didn’t even get checked into our hotel room until like 630pm.  We ended up deciding to go for a walk around the strip to look for someplace fun to eat dinner.  We ended up at some Irish Pub near the Luxor (I think).  It was really good and our waitress had the coolest accent.  She described the food as “Lovely.”  I think I will do that from now on, it sounded so neat.  After dinner, Steph and I kept walking and we pretty much got lost on the strip for two hours.  We found the whole thing pretty hilarious but by the time we got to the Paris, we decided we needed to take a taxi back to our hotel because our feet could not survive the walk back!

We didn’t really sleep much while we were there (shocking, I know) and as a result of moving slow the next morning and attempting to take a short cut to our 8am class….we were, of course, totally late!  That’s the last time I listen to the front desk people in Vegas!  Steph and I had pretty full days the whole time we were there; from classes to shopping the trade show floor, we never really stopped for anything.  It was pretty much like being in heaven when I was on the trade show floor.  There were so many cool toys to play with.  I can’t wait for the day that I can afford to open a studio so that I can go to WPPI and play with all the strobe lighting and backdrops!  While I was there, I saw some amazing people speak (which gave me a brain full of ideas that I now need to put into action!) and I probably made my credit card cry a little bit, but it was all good investments into my business!

Steph and I went to dinner with Misty Dameron and her husband Scott while we were there.  We ate at this Asian fusion place called Pearl.  If you ever stay at MGM, eat there.  It was LOVELY and worth every penny that I spent!  Of course, I can’t talk about Vegas without mentioning the parties we went to!  One of them was sponsored by Canon and it was 80s themed!  (only my favorite theme ever!)  We dressed up, got free drinks for dressing up, totally rocked the side ponytails, and joined in on some make shift limbo and jump rope contests that were going on in the middle of the dance floor. It was pretty awesome, to say the least.  There was a girl there dressed as Madonna and I’m hoping there will be another one next year so I can rock a Michael Jackson outfit with one white glove! We also went to a few other mixers, but none of them topped the 80s party!  Steph and I made the trek home on Wednesday afternoon and arrived back in town around 8pm.  Needless to say, we had a very long, very great time at the WPPI convention in Vegas and we are already ready to go back next year!!!

Till next time, WPPI!