I am not sure how or when the over the top proposal tradition started, but I must say, I LOVE it.  I love that people are showing their love in front of crowds of strangers, proposing in public venues, making it memorable, recording it so that they have that memory forever, and most importantly…they are photographing it!  I’ve seen live lip dub videos, flash mobs, fake movie previews, and of course, Disneyland proposals!

Below are some amazing proposal pictures that I found on pinterest.  (My favorite is the one outside of California Adventure!! And my second favorite is the photo on the heart bridge next to Snow White’s Castle!) 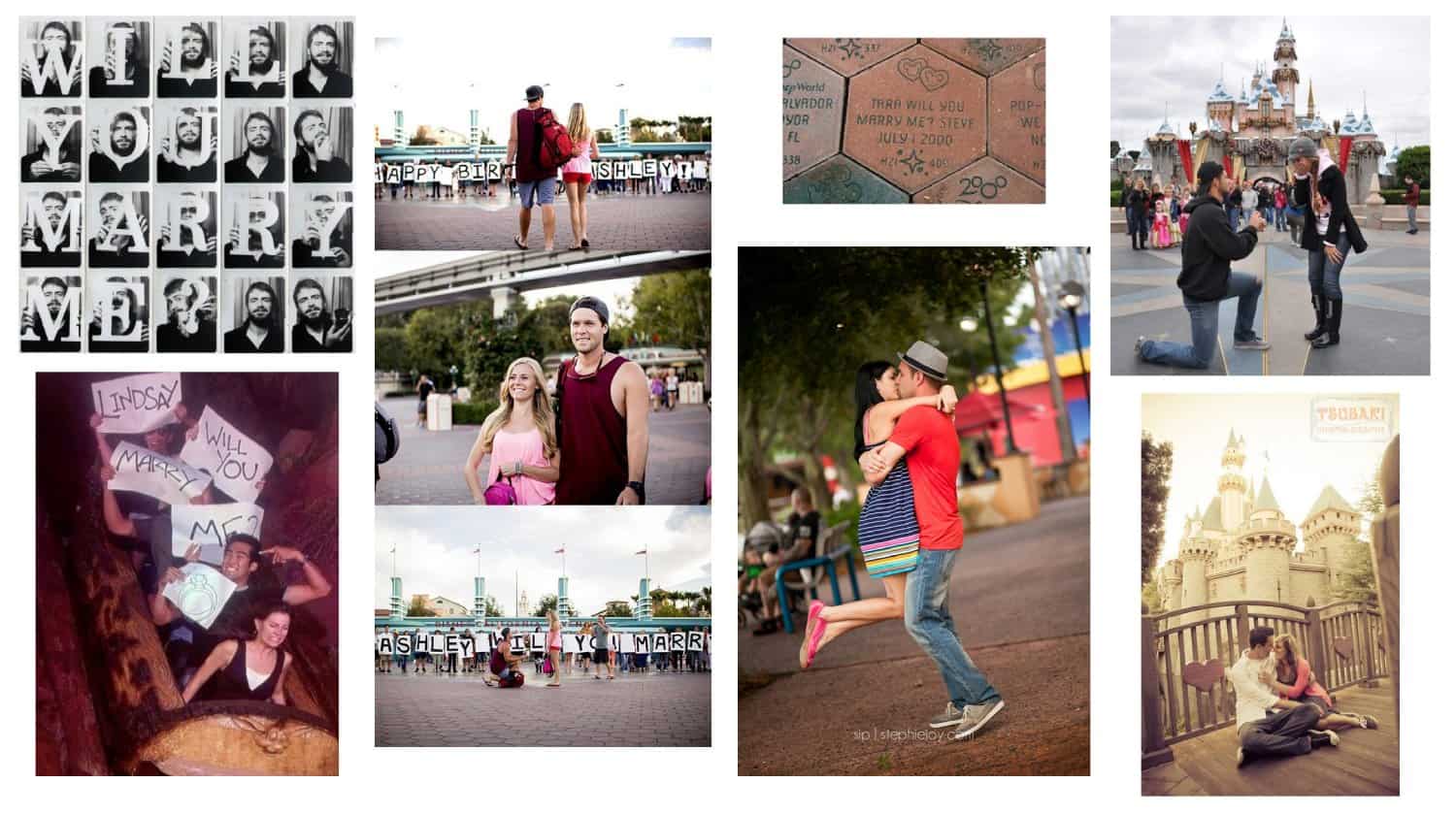 I think that getting a proposal to be photographed is amazing and very thoughtful, but let’s take it a step further and on top of getting it photographed (cuz let’s face it, you can’t not have it photographed), get it FILMED!!!!  That’s right, below are links to some of my favorite proposals that were caught on film.  These guys were really thinking and really went above and beyond for the most special person in each of their lives.  Props to these guys. Seriously.

http://www.youtube.com/watch?v=JzPld1qpvl8  (Hang tight with this one.  It takes a few seconds to get going but it’s pretty funny)

http://www.break.com/index/greatest-marriage-proposal-ever-2059534  (This guy made a fake movie trailer.  SO AWESOME!!!)