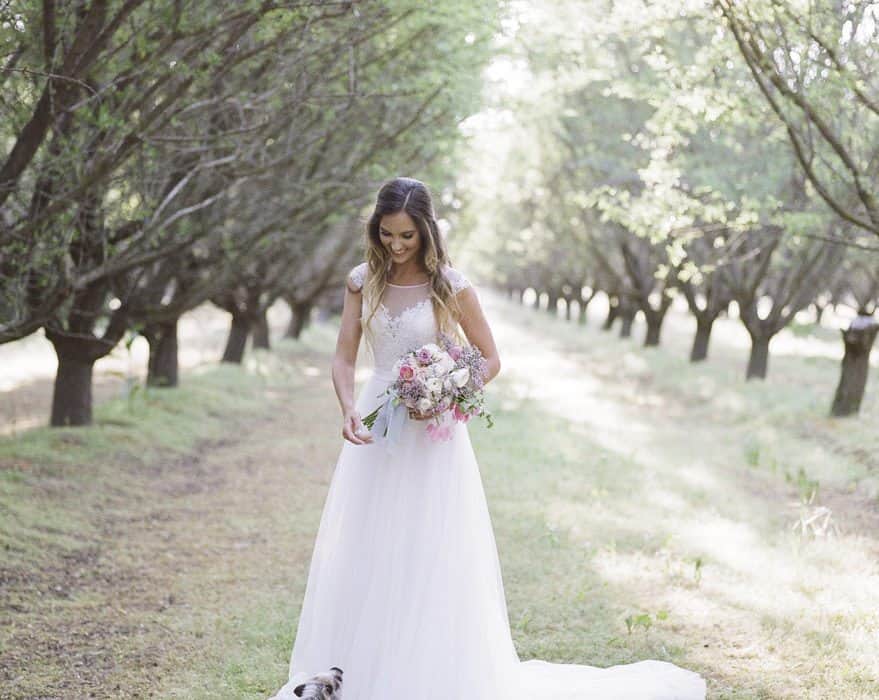 I got together with my lovely friend Jade of “The Kind Pear” to do a styled spring shoot in the almond trees. Our inspiration behind the shoot was simply “spring time.” We pulled light color tones of whites, blushes, greenery, peaches, and pinks. We had a bride (Jory), a little flower girl (Zoe), and even a baby mini pig! (Kevin)

We put Jory in two different wedding gowns and Zoe in two different flower girl dresses. The first gown we had Jory in was a white lace dress, it was a drop waist and was unbelievably flattering on.. We styled this with a floor length veil that looked just perfect with Jory’s long curled hair. Jory’s second gown was also lace but this one had an illusion cap sleeve and the most beautiful buttons up the waist. It was a natural waist A line with a plain tulle skirt and train. Both of them were absolutely stunning on her. Zoe’s first dress was a pink number that was lace on the top and tulle on the bottom, it was giant and came all the way to the floor. Her second dress was a simple white one and slightly shorter. She was just so cute in them!

Jory and Zoe had a fun time playing pretend as we took pictures of bride and flower girl. However, the icing on the cake was our little pig, Kevin. We all thought that she was the most adorable little piggy ever! (How can you not think that?!)We had a blast playing in the springtime afternoon light. As with any styled shoot, I shot all film. There isn’t an image that I didn’t love!

Styling and Floral by The Kind Pear

Perfume by Smith and McCain 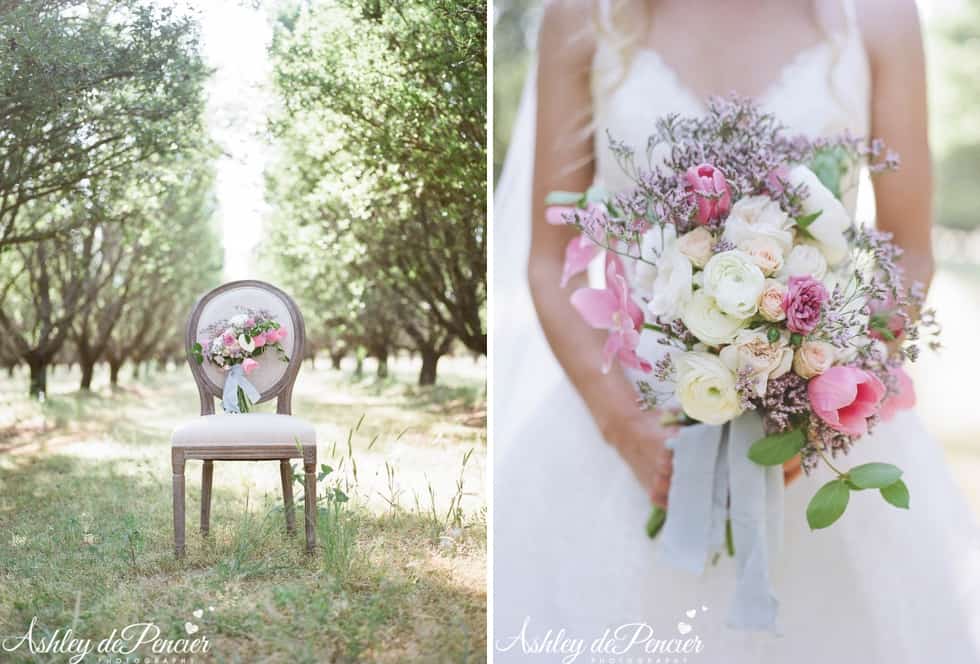 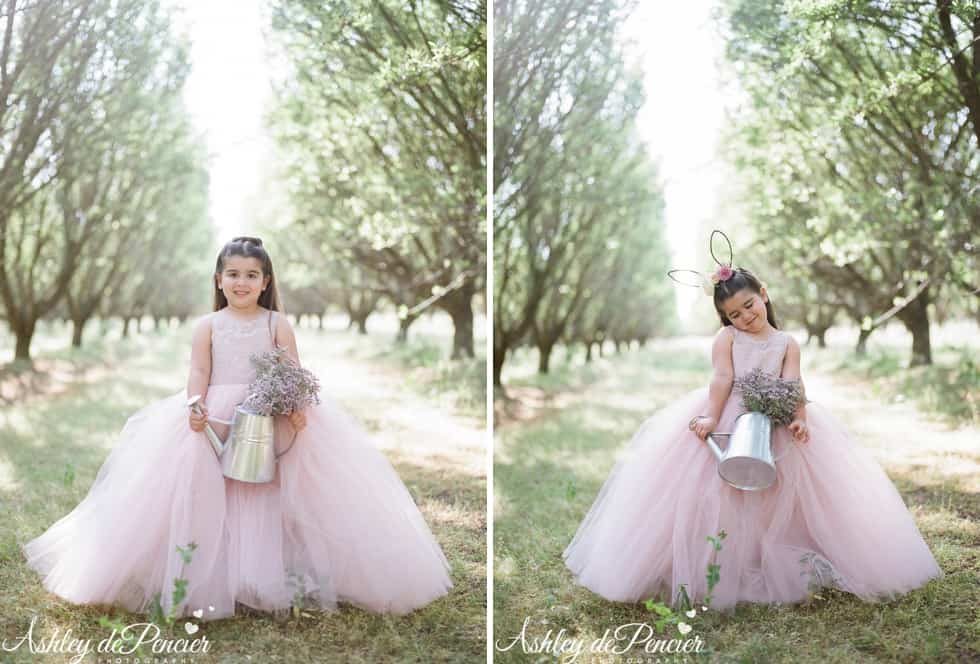 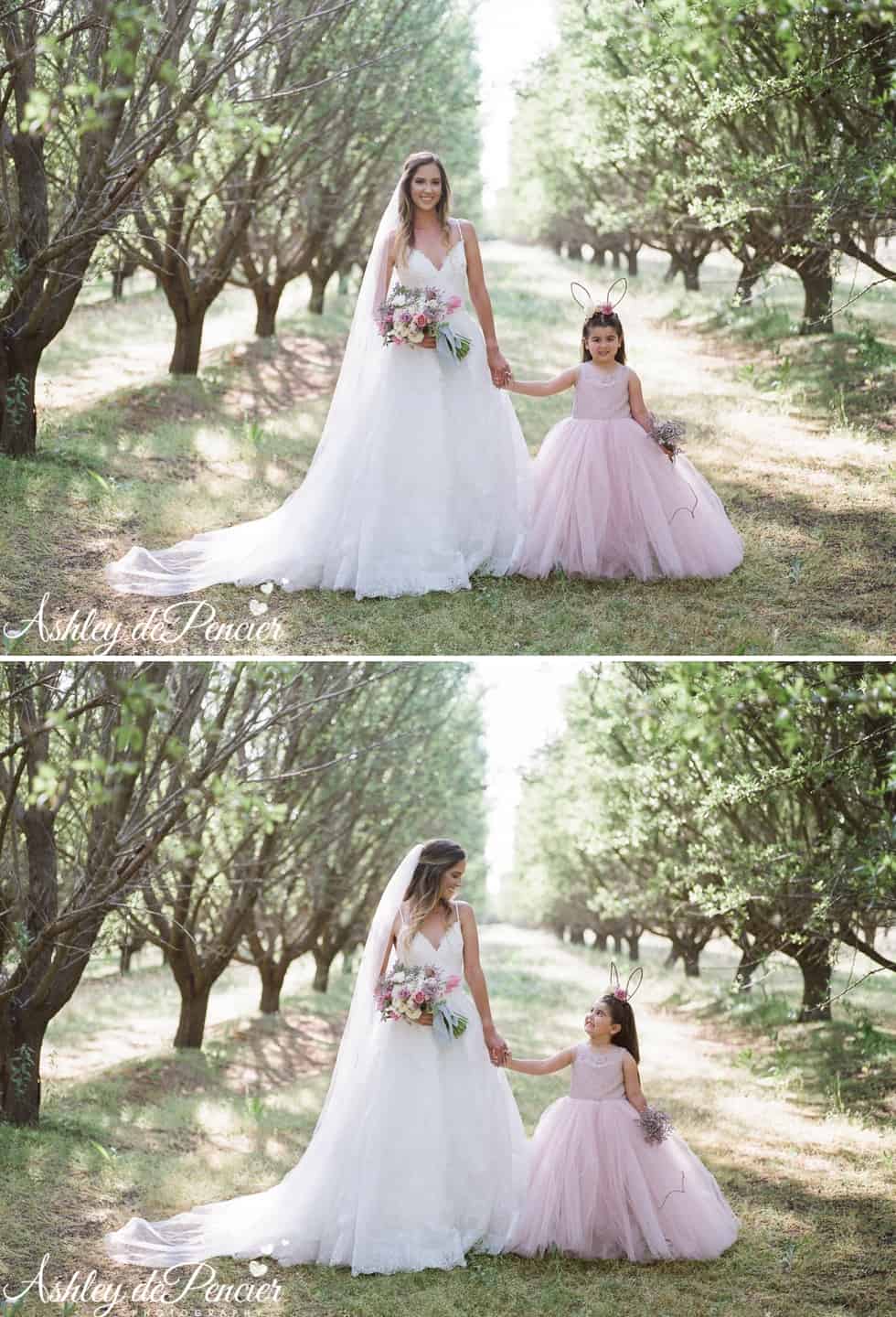 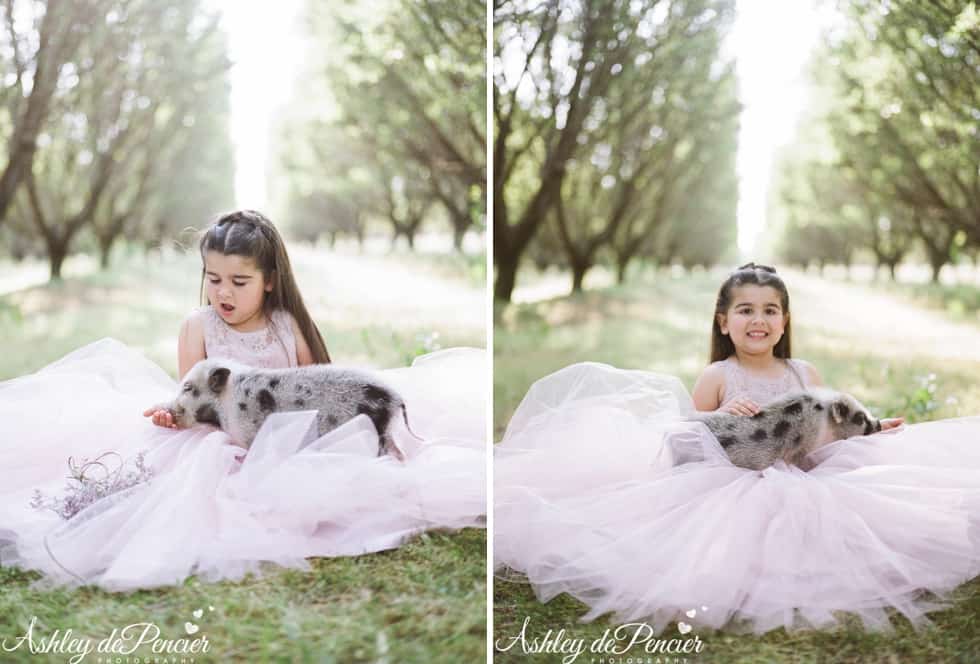 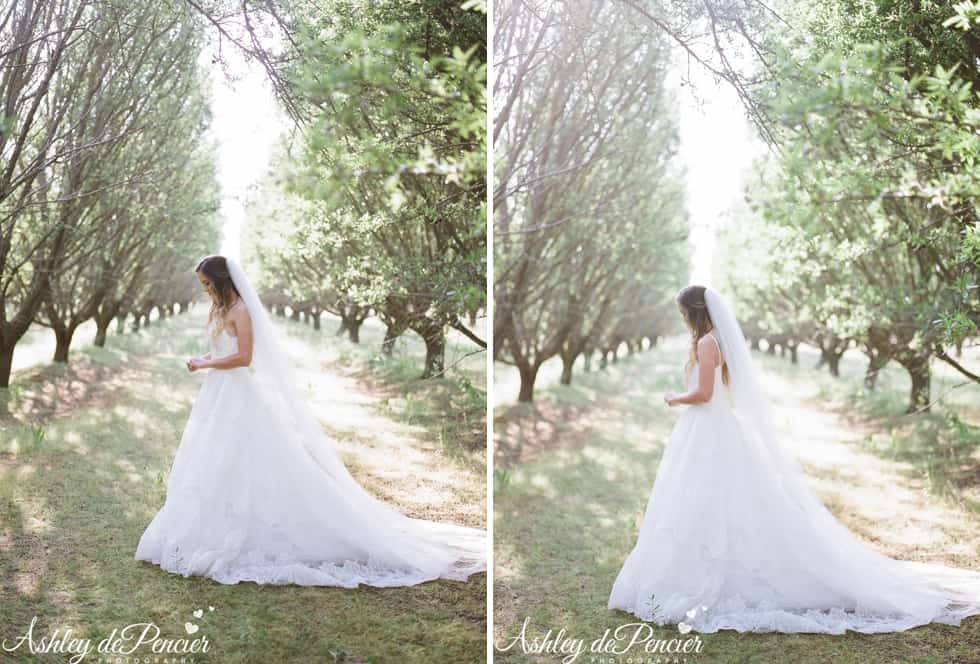 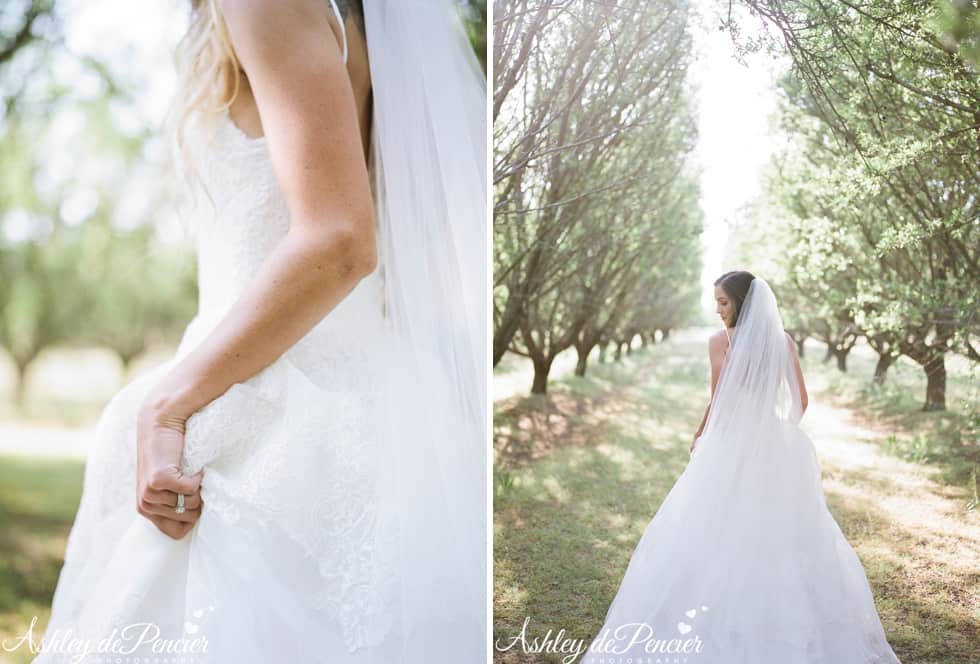 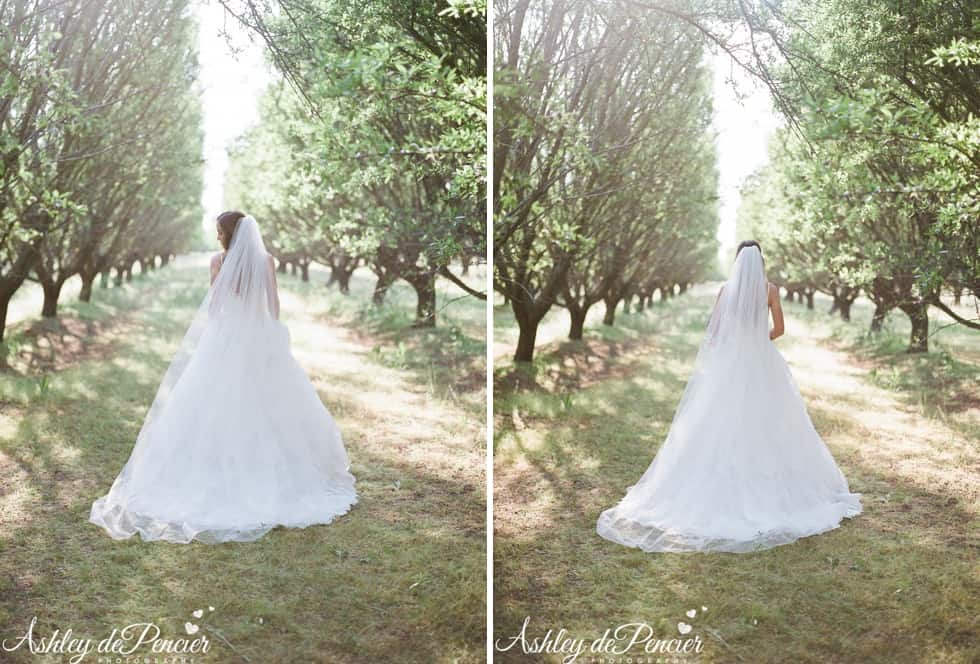 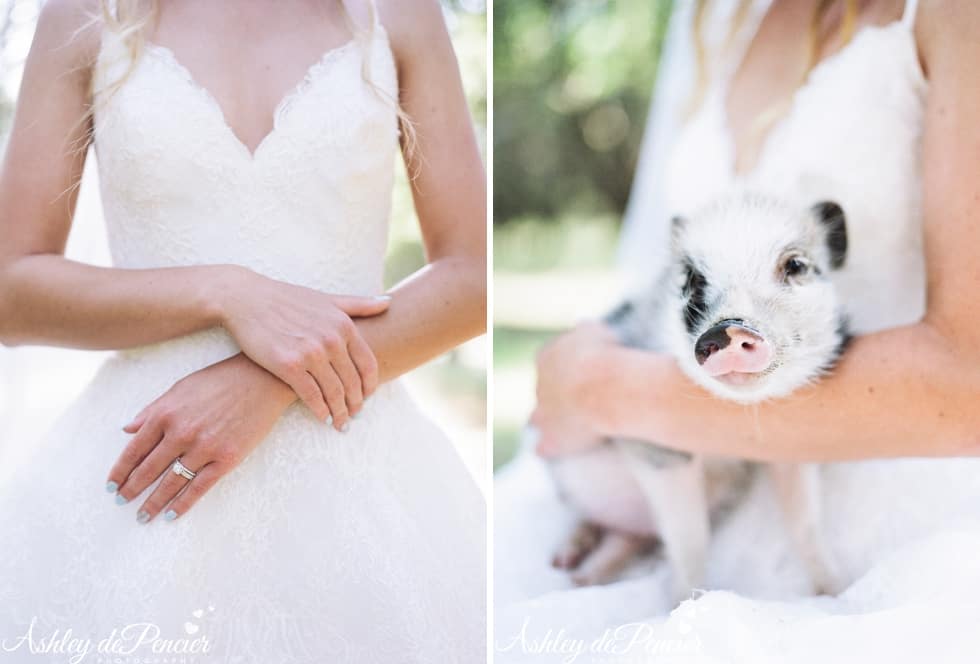 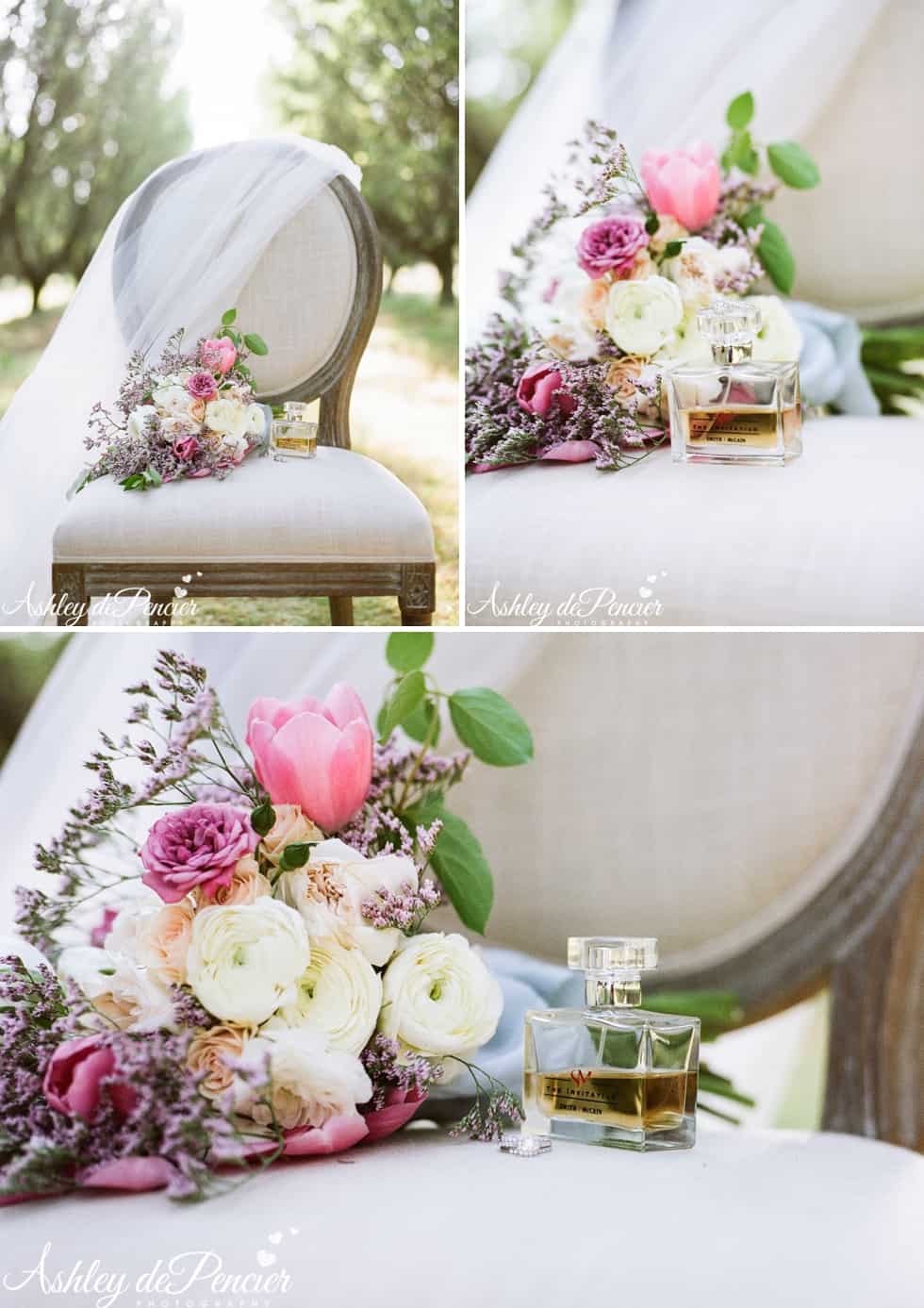 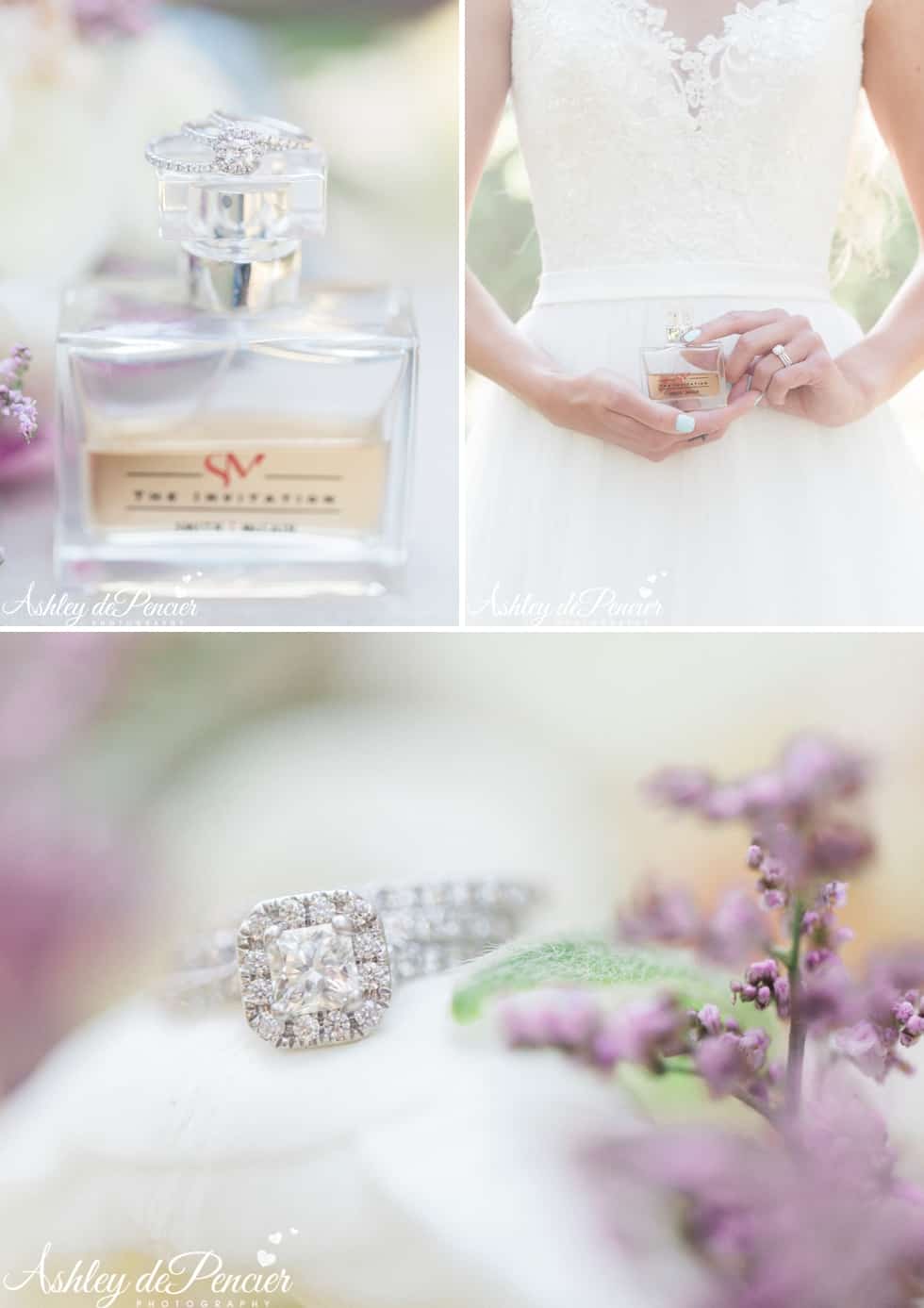 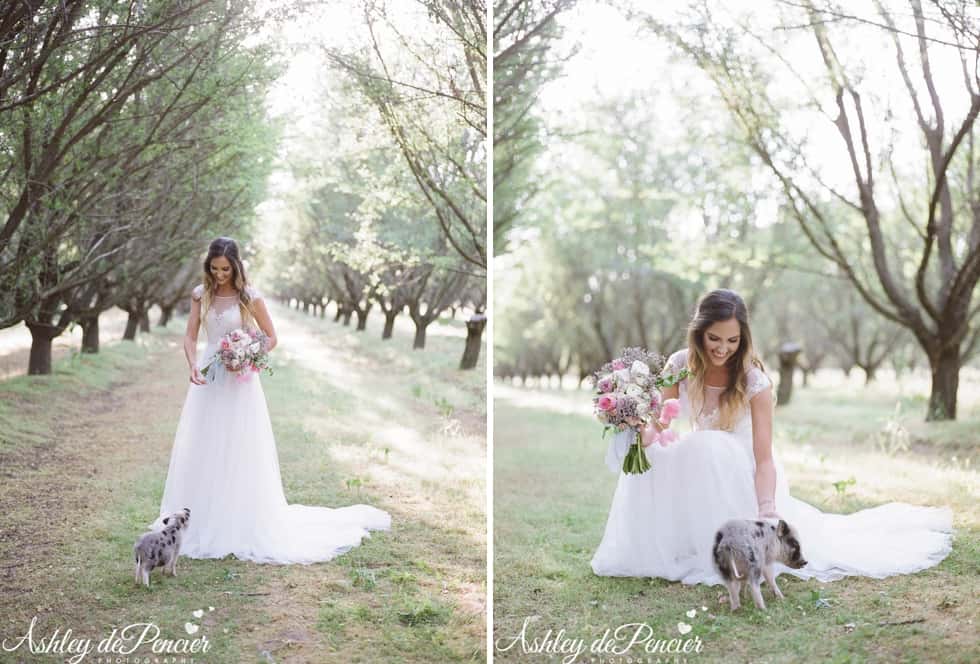 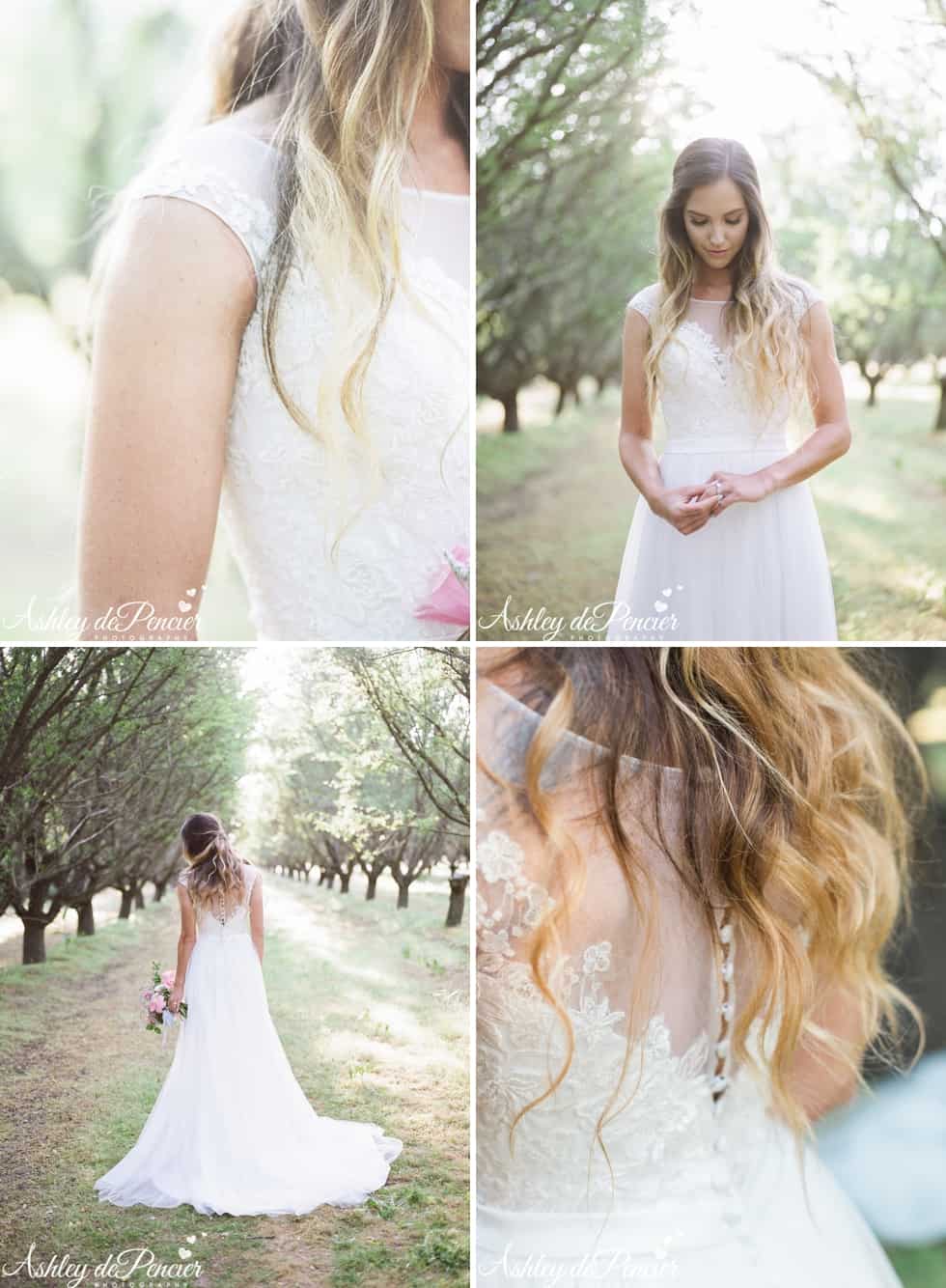 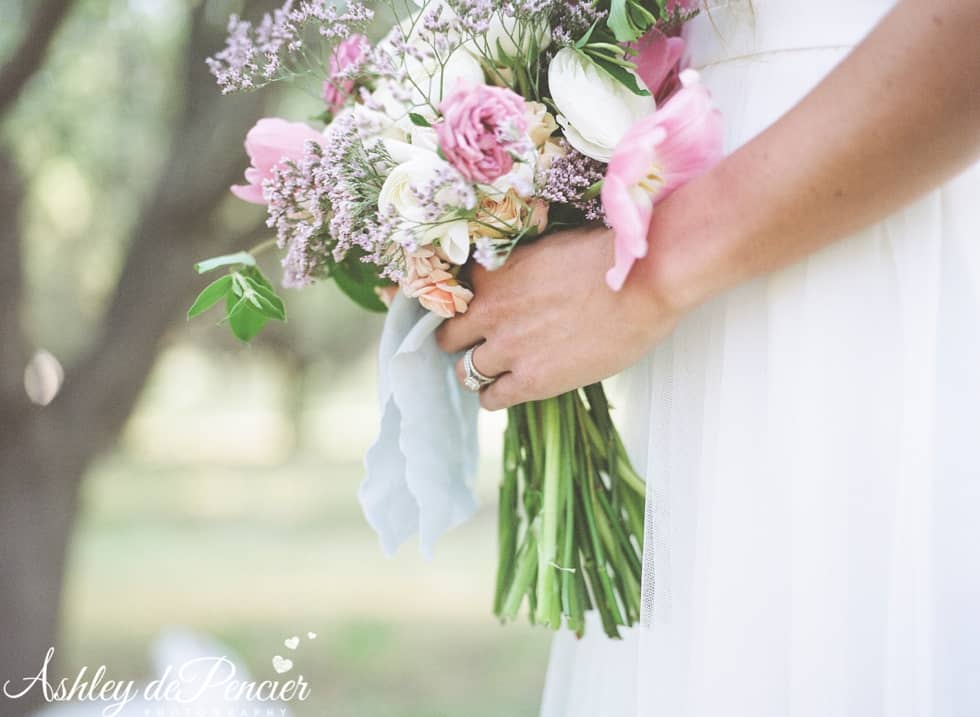 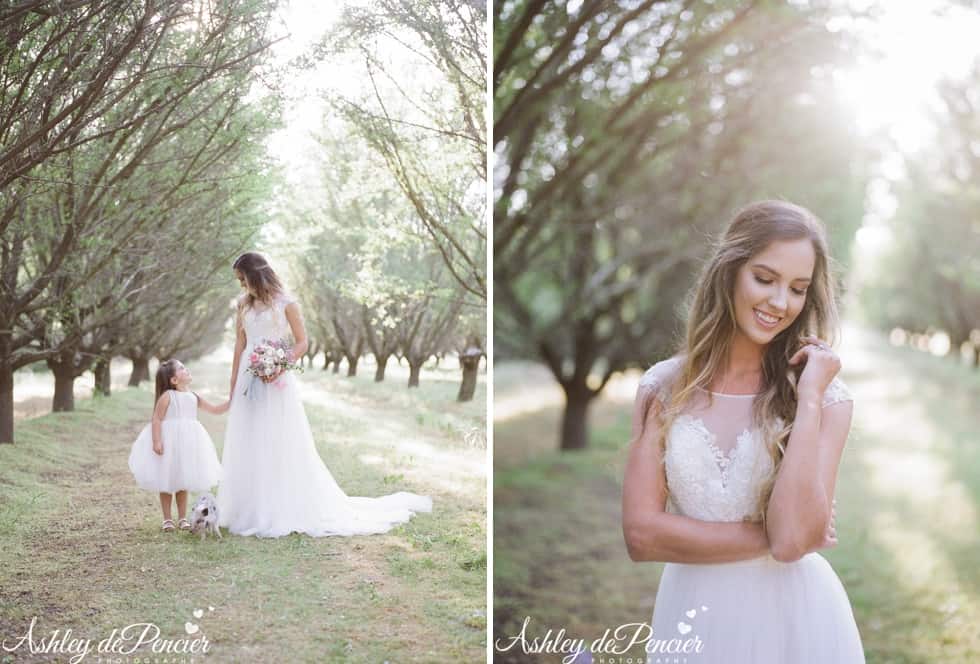 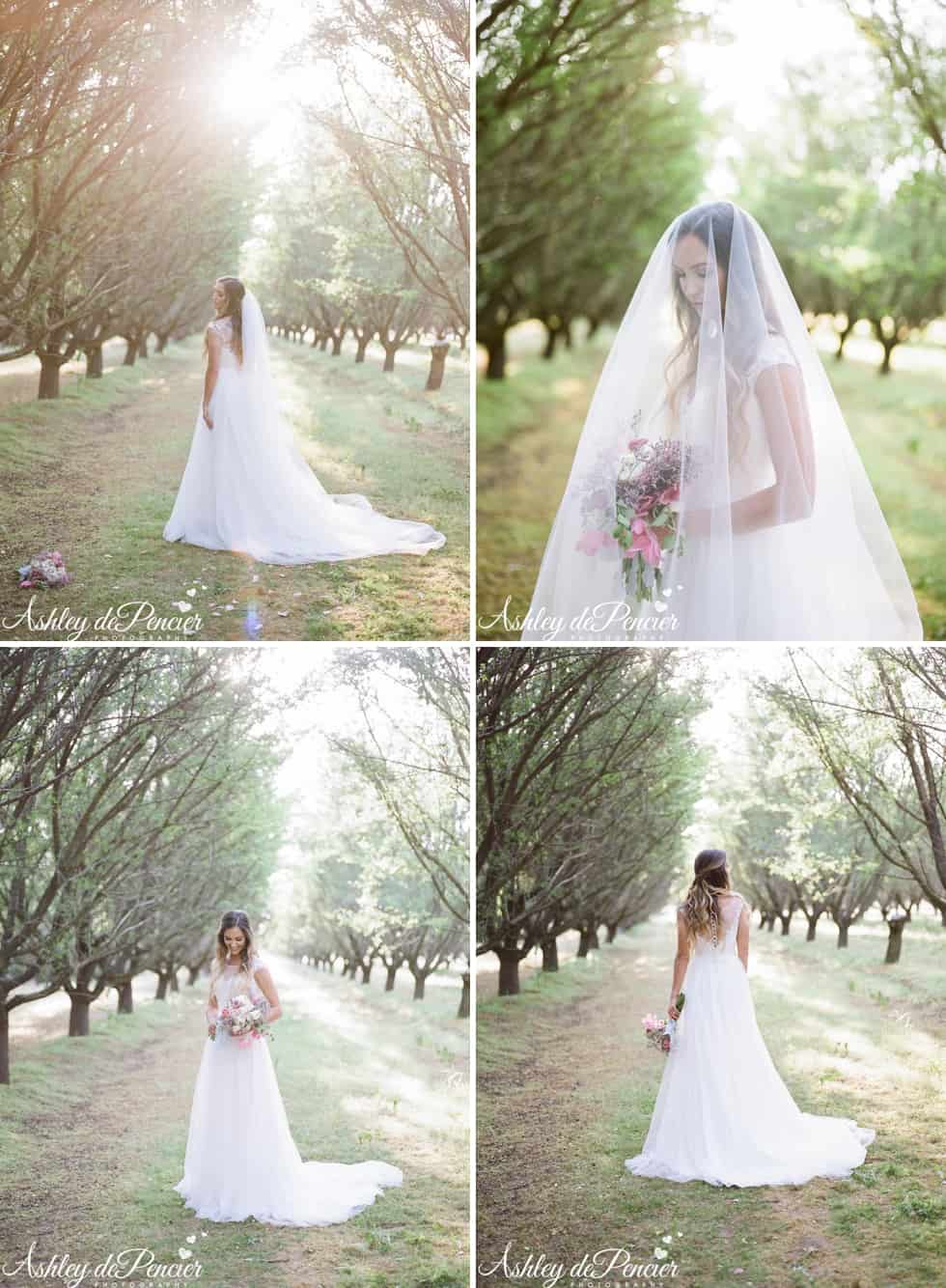 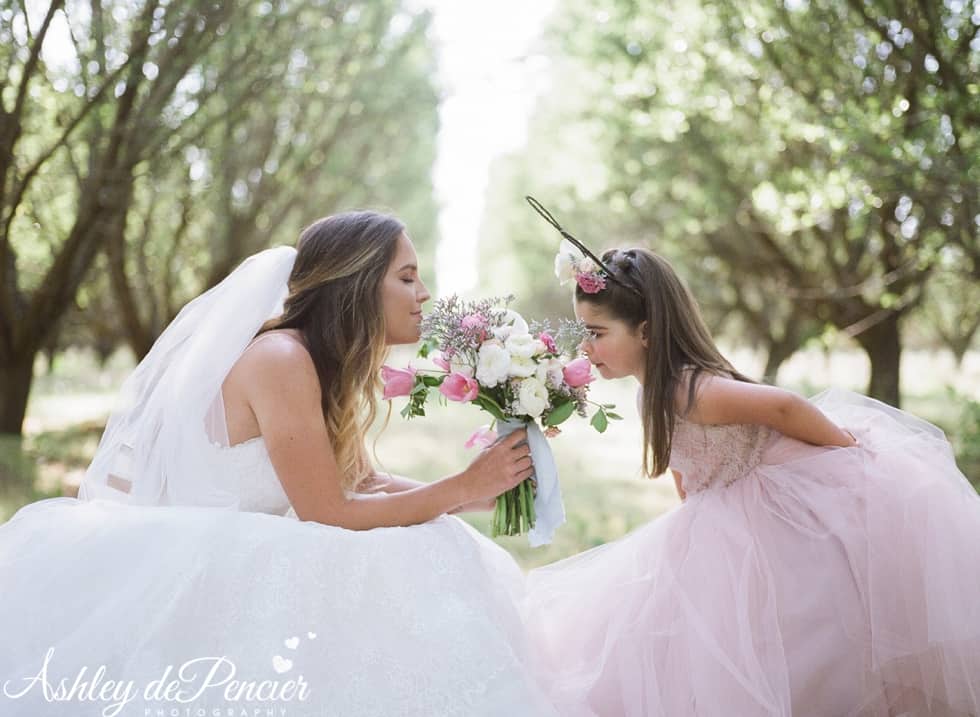